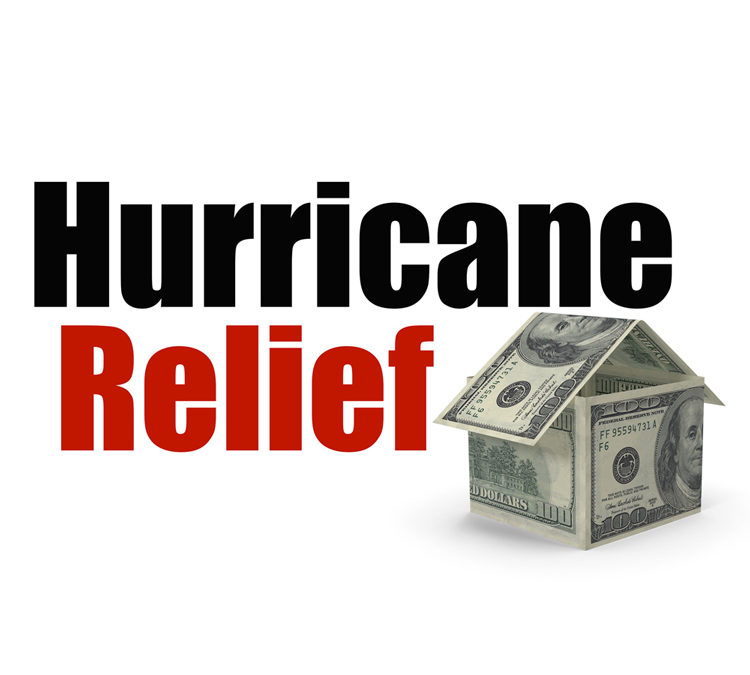 During this season of giving, Frisch Financial Group is looking for ways to help.

August 2017 – Hurricane Harvey, the wettest Atlantic hurricane on record in the United States, made landfall as a Category 4 storm in Texas and inflicted nearly $200 billion in damage. One-third of Houston flooded as it received more than 50 inches of rainfall. An estimated 13 million people were affected with at least 135,000 homes damaged or destroyed.

September 2017 – Hurricane Irma began as a tropical storm on August 30th and quickly intensified to a Category 3 hurricane on August 31st. It destroyed large portions of the Leeward Islands as a Category 5, skirted Puerto Rico – leaving 1 million without power, and then continued on a path headed for Florida. It made landfall in the Florida Keys and again near Marco Island, leaving behind an estimated nearly $65 billion in damage.

September 2017 – Hurricane Maria made landfall on Dominica as a Category 5 hurricane, then struck Puerto Rico as a Category 4. It crippled communication and power systems while bringing widespread severe flooding to the island. Damages are estimated at nearly $95 billion and much of Puerto Rico remains without power or clean water.

While we see images plastered across all forms of media and hear the traumatic stories of what people have endured, it’s nearly impossible to grasp the level of destruction that has taken place. The rebuilding process will take years in these areas. With millions of people affected, so very many remain in need today. Vast resources will be required to help restore daily life to those who have suffered. During this season of giving, Frisch Financial Group is looking for ways to help.

We have chosen to contribute to Hurricane Relief through One America Appeal. This charity is a joint appeal that was launched by former Presidents Jimmy Carter, George Bush, Bill Clinton, George W. Bush and Barack Obama. The organization ensures that 100 cents out of every dollar donated to One America Appeal will go directly to hurricane recovery. While sponsored by former U.S. Presidents, this is a privately-funded charity and does not involve tax dollars. All funds raised through this organization will be distributed to the Hurricane Harvey Relief Fund, the Rebuild Texas Fund, the Florida Disaster Fund, Unidos Por Puerto Rico, and the Fund for the Virgin Islands.

If you’d like to discuss other ways to donate to charitable organizations, and the tax benefits you can receive, please don’t hesitate to contact us. We will work with you to customize a plan of giving to best suit your needs.

Our mission is to help our clients protect, preserve, and enhance their wealth. We achieve this by combining our investment management expertise with our financial planning services. Our co-management approach offers customization of portfolios and client involvement. As a fee only advisor, we do not sell any products and therefore, provide unbiased advice. Our clients always come first.