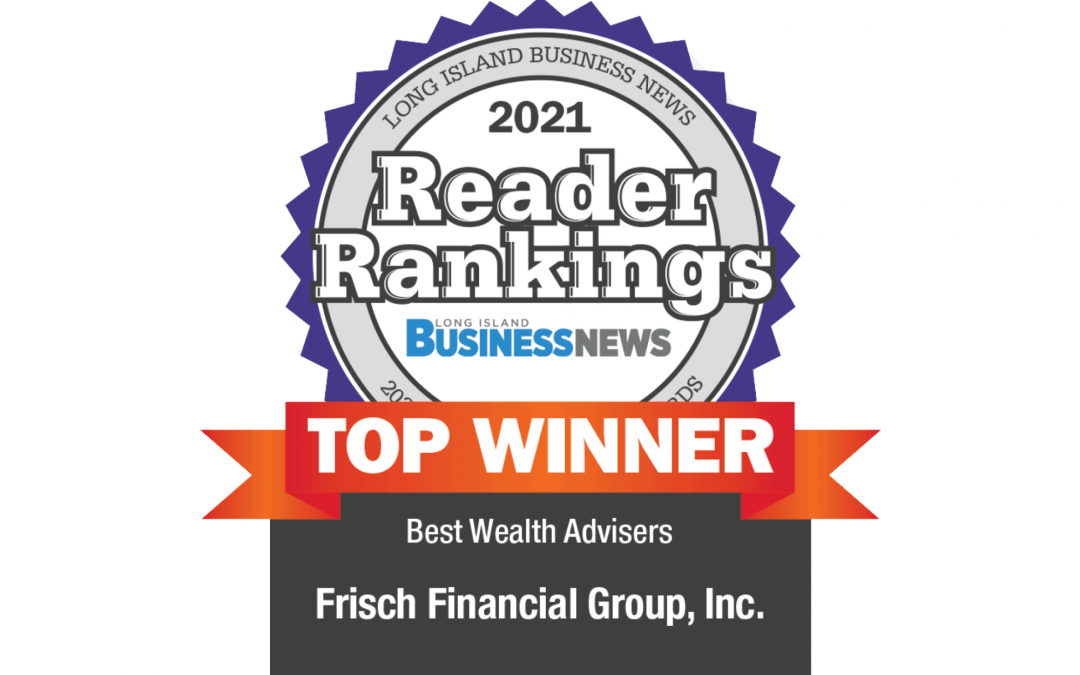 In accordance with LIBN’s Reader Ranking selection criteria, after a nomination and placement in the top five, a two-week voting period resulted in more than 12,000 votes cast by readers and supporters for top winners in a multitude of categories. The Top Winners (#1 Winner) in each category, along with second and third place winners were featured in the annual Reader Rankings publication.

Frisch Financial Group is honored to have been selected by readers as the top winner in the Best Financial Advisor Category!