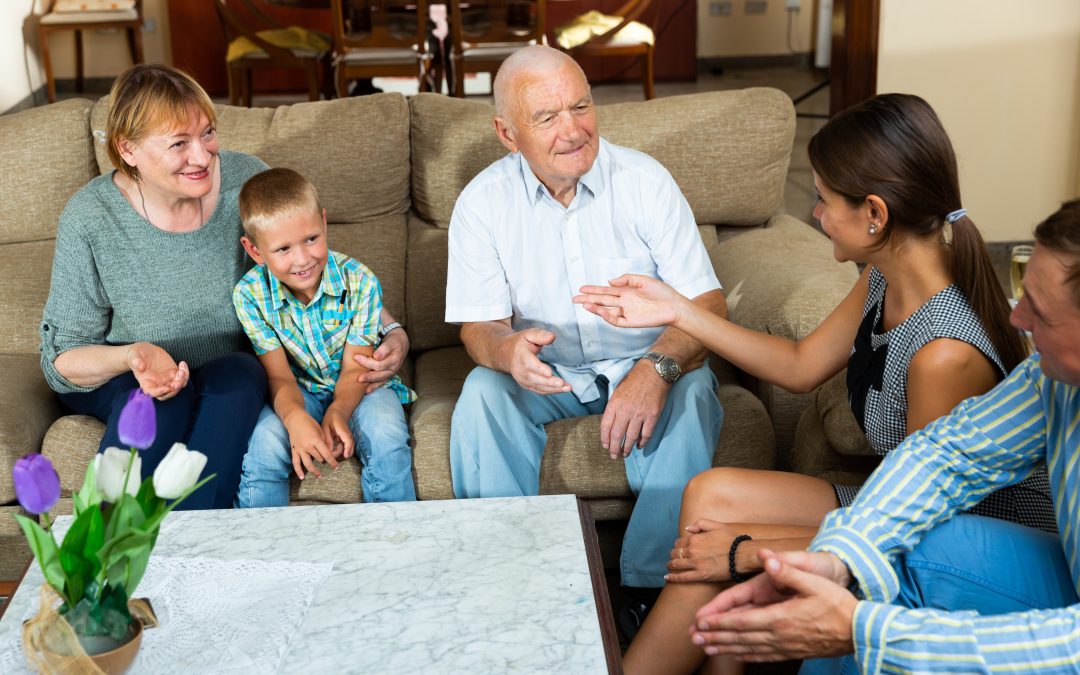 Pass Your Values to Your Grandchildren

Money can be used in limitless ways. Funding retirement, investing in businesses, traveling, purchasing real estate and giving the family members who come after you a head start in life are endeavors on which many people choose to use their wealth. Yet, what if there was a way to pass on more than finances alone to the younger people in your life? You’ve spent a lifetime defining values and gaining wisdom that helped you accrue your wealth. Why not use these unique perspectives to connect with your grandchildren and give them direct insight into the legacy you want to leave?

While the example of the following family is for illustrative purposes only, there are many who use real life experiences to teach their grandchildren about the value of philanthropy and the challenges and rewards it can present.

During the summer, Grandpa arranges for his seven grandchildren to gather for a meeting with him. He wants to speak with them about philanthropy.  Some of the kids have an idea of what it is and the others are unsure. He explains that at its most basic, philanthropy is an effort to help others. He tells them that historically it was most common for people to donate time and/or money to religious organizations, hospitals and schools, but that now there are hundreds of thousands of charities operating in the United States, all seeking support from donors.

Grandpa talks about the organizations he supports, how he chose them, and what he hopes to accomplish by providing them with financial
contributions.  Then he turns the tables on his grandkids. He says he has $500 that he wants to donate to a charity, or multiple charities, but states that he is not going to choose where the money goes.He wants them to select a charity. He encourages each of them to do some homework on their own so that they can learn about the various organizations which do work on behalf of a cause that interests them. On Thanksgiving, each grandchild will be given the opportunity to present their charity recommendations. The family will discuss their options and have a vote to decide where the money will go.

Thanksgiving arrives and Grandpa is looking forward to hearing the grandkids’ suggestions. Two of the kids forgot about the whole project and didn’t do anything.  The other kids present their ideas and explain why they chose their charity. The family votes to split the money, giving $250 to one charity and $250 to a different one.  Grandpa asks the kids who are receiving donations for their charity to monitor what happens after the money is sent.  He announces that this will be a new family tradition, and that the grandkids should all plan on participating the following Thanksgiving.

One year later, each of the grandchildren has come to the table with researched ideas. Grandpa asks for an update on the donations that were made the previous Thanksgiving. One grandson had a great experience.  His charity sent an emailed monthly newsletter providing updates on the work they were doing, posted pictures on social media regularly and held several volunteering events during the year. Although he wasn’t able to attend any as of yet, he was hoping to remain involved with the organization and possibly help out at an event in December. Unfortunately, his cousin didn’t have as positive an experience. Her charity was a local animal shelter. She was concerned almost from the very start, as she never received a thank you note after making the donation. When she looked further into the organization, she learned that the money she had believed was going directly to caring for the animals, was instead used for overhead costs.

As a result of her experience, the granddaughter sought out other options of animal charities and found one that was transparent as to how funds
were used and that would be very appreciative to receive a donation of any size. The family held another vote. They chose to continue support of the
grandson’s charity and to make a donation to the granddaughter’s newly discovered animal charity.

As the family discussed the differences between the cousins’ results, it became clear to the grandkids that there was more to being a responsible philanthropist than just writing a check to an organization with a slick advertising campaign. Understanding specifically how funds would be used and the level of communication they could expect to receive were a few key factors to consider before making donations.

With their Thanksgiving tradition in place, the grandkids began forming individual opinions on which causes were important to them and how they could responsibly donate their support. While your family may not go about things in the same way as the example, there are some ideas that can apply to discussing philanthropy with your own grandchildren.

Philanthropy can be an emotionally rewarding, lifelong journey which also offers financial benefits for donors.  Involving younger family members in your current efforts, and embarking on new charitable endeavors together, can bring you closer while showing your grandchildren a path of very real footsteps to follow in.  If you would like more information regarding ways to connect through donating to charitable organizations, please contact us.