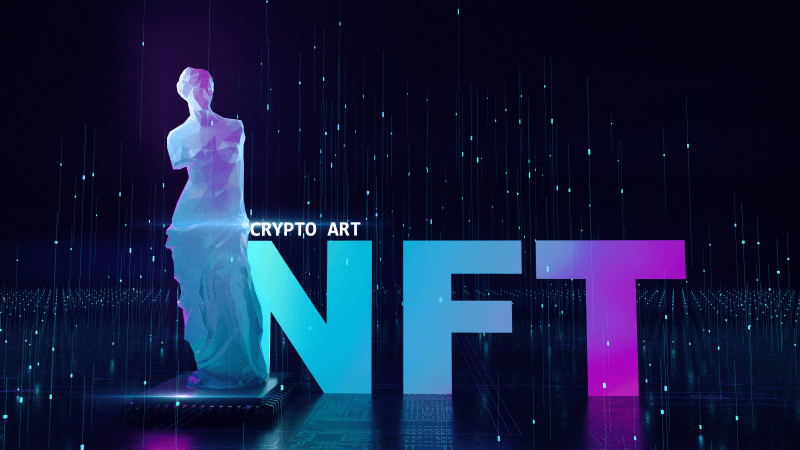 CryptoKitties is an Ethereum blockchain-based game.  Kitties, which are literally graphic images of cartoonish cats, are bred with other virtual cats in the game.  Each kitty is an NFT with unique DNA.  No two are alike.  When the game was released in December 2017 by Canadian company Axiom Zen, more than 60,000 people signed up to play, purchasing $5 million in CryptoKitties.  Since then, there have been some high-priced virtual cats purchased using Ether (ETH), the digital currency exchanged on the Ethereum blockchain.  The approximate US dollar purchase prices for these NFTs were $107,000 for CryptoKitty #4, about $164,000 for Founder Cat #18, and yes, 600 ETH or about $390,000 for CryptoKitty #896775, otherwise known as Dragon.

To understand non-fungible tokens (NFTs), it helps to explain a few terms that are frequently used with them: fungible, non-fungible and blockchain.

If something were fungible it could be exchanged for equal value without losing value.  For instance, if you gave someone a $10 bill, and they gave you a five-dollar bill and five singles in return, or two fives, or a different ten-dollar bill, you are not holding the same original bill, but the value you have has not changed either.  These are fungible.

A blockchain is essentially a digital ledger of transactions.  When cryptocurrency such as Bitcoin or Ether is used, and the transaction is recorded on the blockchain, it cannot be altered or duplicated.  Creators such as artists and musicians can access sites like Rarible and OpenSea where they can turn their original work into an NFT by adding it to the blockchain. This technology (blockchain) allows verification of ownership, of something that is digital.

How are NFTs currently being used?

NFTs are being built on Ethereum’s blockchain by a wide variety of creators.  What might have been considered fringe a few years ago has begun attracting interest from some unexpected places.

The big question is – Why?

It’s hard to comprehend the big money transactions that are taking place over digital art or things like video clips, especially when they are still easily accessible for free viewing with a simple Google search.  The purchaser can claim bragging rights to owning the NFT, but, as in the case of the NBA clips, they do not own the clip. The purchasers are investing serious money, presumably with the hopes that what they have acquired will increase in value.

While the big transactions get headlines, on a smaller scale NFTs appeal to gamers and collectors.

Video games have come a long, long way from the early days of Donkey Kong and Sonic the Hedgehog.  As people spend more time at home and online, games have grown in popularity and appeal to a wide age range.  As people are willing to spend money on hobbies from fishing to quilting to playing a team sport, gamers spend money, too.  When viewing NFTs through the lens of specialty items built up in a game, as pointed out by Esports.net, “The prospect of actually accumulating game assets with real-world value can only be enticing for gamers. Imagine if your Fortnite skin and equipment collection you have just spent two years building is actually worth a few thousand bucks.”  Someone’s hobby might now make them a little extra cash.

Or say a favorite band offers an NFT.  In March 2021, the American rock band Kings of Leon released an album package containing a vinyl record and digital download as an NFT priced at $50.  As NFTs offer value by being part of a limited quantity, sales were open for a two-week period and then closed, with no further copies being made.  A fan might appreciate the opportunity to buy a unique collectible for fifty bucks.

A valuable aspect of NFTs is the smart contract that is attached.  This allows a creator to continue to benefit financially anytime their original product transfers to a new owner.  For instance, an artist can build in a 4% fee (or whatever rate deemed appropriate by the artist) that will be paid to them anytime their work is resold.  Consider an artist who has a respectable number of fans and then suddenly has a breakthrough piece of work that creates a demand for their other pieces.  If an original collector is able to sell an earlier work for a significant profit, the artist will benefit from that sale as well.  Whether you are applying this concept to digital art, a video clip, or even concert tickets generated as NFTs, it helps the creator to also get paid whenever anyone benefits from the sale of their work. There is also the concept that token-holders could be granted a higher level of access to artists or receive special opportunities, similar to a membership club.

While NFTs have been around for several years, and are suddenly gaining in popularity, the fact is there is still a great deal to learn about how they will be effectively used, and which applications might not work out as well.  Will expensive digital art appreciate in value? Will investments made in virtual kitties pay off?   It’s clear that our world is changing, and the future will involve digital technologies, cryptocurrencies and blockchains, however, for now we prefer to tread cautiously as the risk/return payoff is very uncertain.

Our mission is to help our clients protect, preserve, and enhance their wealth. We achieve this by combining our investment management expertise with our financial planning services. Our co-management approach offers customization of portfolios and client involvement. As a fee only advisor, we do not sell any products and therefore, provide unbiased advice. Our clients always come first.