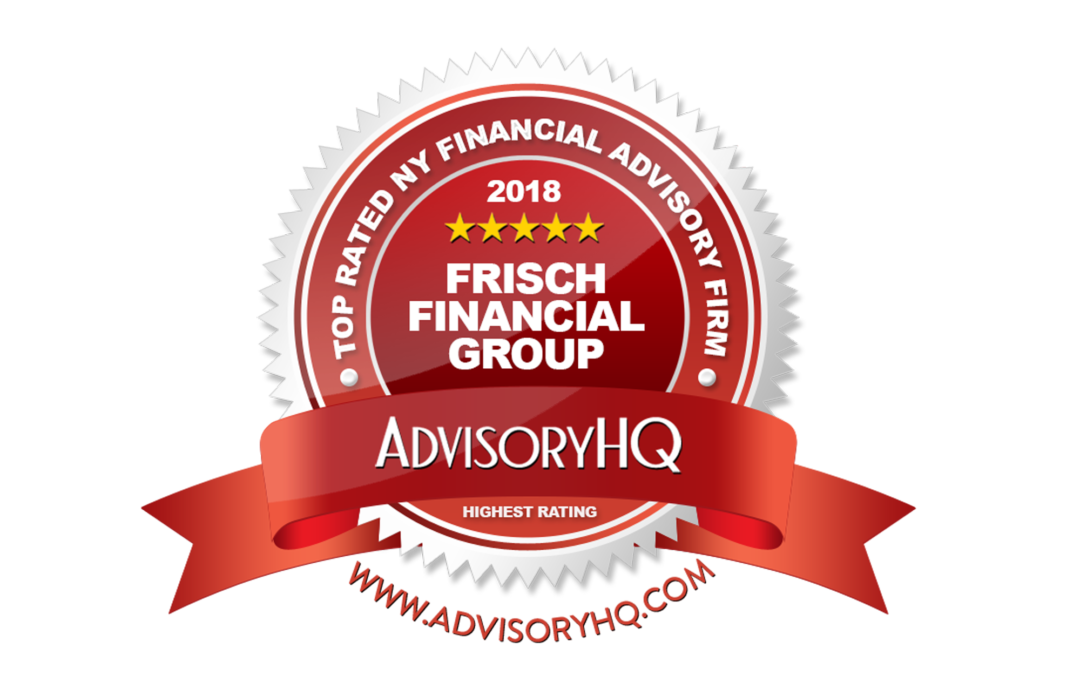 AdvisoryHQ’s Selection Methodology takes into consideration not only AUM (assets under management), revenue and the size of an advisory firm, but also includes fiduciary duty, independence, transparency, level of customized service, history of innovation, fee structure, quality of services provided, team excellence and wealth of experience.

AdvisoryHQ looks for well-established, independent, fee-only financial planners, advisors and asset management firms with an experienced advisory team.Services should be customized, with a high level of transparency and they should act as a fiduciary. This is exactly who Frisch Financial is.

AdvisoryHQ’s process is completely independent and firms do not even realize that they are being reviewed by AdvisoryHQ until after their reviews have been completed and published to the public.

Frisch Financial is proud to be included in this exclusive group of advisory firms and to have been ranked three consecutive times.